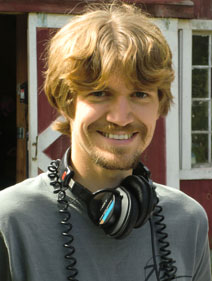 Hailing from Downeast Maine, Fred has been writing stories since childhood and working in radio drama since 2006. Trained as an indie filmmaker, Fred has brought a film-like approach to his radio stories that includes location production of stories and cinematic-style sound design. His passion is in telling genre stories with a slant, re-envisioning how the audio format can entertain and illuminate in the 21st century. Fred lives with his wife and daughter in rural Maine in an off-grid home they built together. Visit www.finalrune.com for more award-winning audio stories by Fred. 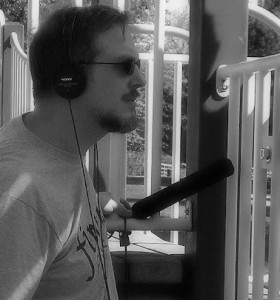 Matthew J Boudreau has a BA in Writing and Technical Theatre with focuses in Storytelling and Sound. He is a producer, voice actor and technical director for Aural Stage Studios, an audio production company working out of Buffalo and New York City. Matt Clark Kents as a Technical Writer and Training Video producer at R R Donnelley in Grand Island, NY. His audio work has been featured in the independent films The Big Bad, 25 Cents for Loveand Spinning, as well as the American Globe Theatre’s video production of Hamlet. He is also the lead sound designer on the award-winning audio dramas 1918, Intensive Care, and The Cleansed. 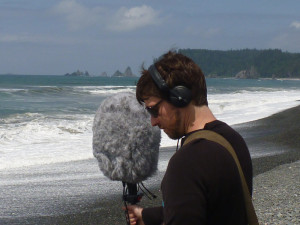 Eric studied audio at the Midlands Audio Institute and then spent over 5 years recording, mixing, and mastering music in a commercial recording studio before he transitioned over to work solely in post audio.

After he moved to Sacramento, CA, in 2010 to concentrate on post audio, Eric spent time mentoring under Emmy recipient Gordon Hempton, The Sound TrackerÂ®. Gordon is known for field recording and he primarily focuses on recording the sounds of nature.

Now, with over a decade of experience in professional audio with an emphasis on Sound Design & Editorial, Field Recording, and Re-Record Mixing for post audio, Eric has developed a very multifaceted background in audio.

When heâ€™s not working on Sound Design & Editorial or Re-Record Mixing jobs, he spends most of his time field recording everything from roaring fumaroles (steam and volcanic-gas vents), horses, guns, and nature ambiences, for later use in his sound design projects.

For more information on Eric and all of the projects that heâ€™s currently working on, please visitÂ Eric-Mooney.com. 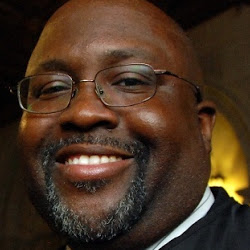 Hubert Campbell is a recording arts graduate of Flashpoint Academy with a passion for creating soundscapes and music for film, audiobooks, and videogames. Since 2008, he has honed his skills in sound design on programs such as Digidesign’s Pro Tools; EastWest / Quantum Leap’s Composer’s Collection and Sibelius for MIDI music composition; Digidesign’s Hybrid, Reason’s Subcontractor, and Native Instrument’s Absynth 5 for synthesis of sound effects. His credits include work as a sound designer and composer for the short films, Dreamâ‚¬Â and Candleâ‚¬Â and work as a composer for the live action animated film, This Way Up which was recently accepted into the Milwaukee Short Film Festival in 2010. Hubert recently completed a stint as a Location Audio Recordist for the independent film, “Waterwalk” currently in production. Hubert is also graduate of Cornell University with a degree in Biology. He is a self-taught composer and can play the piano and viola. 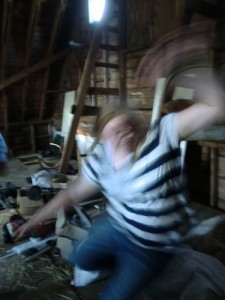 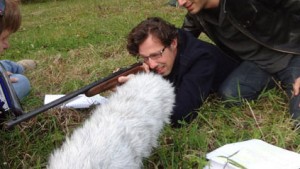 Philip Hobby is a radio drama lover and performer in Portland, Maine. A FinalRune regular, he’s performed a range of roles that have had him cramped into a studio space with a half dozen other actors, belting at the top of his lungs, screaming while a pumpkin pretending to be his head was smashed in with an axe, and being an eerily overly-friendly sea-dog while persuading Norman to stay on a lazy tropical island. He plays Luke, the damaged 20-year old in The Cleansed. 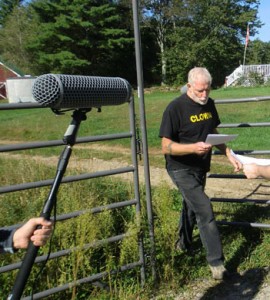 Chris Newcomb is an actor, storyteller, author, musician and teacher residing in Portland, Maine. He has played in several previous FinalRune stories. In The Cleansed, he plays the role of “David,” the stubborn technologist leading the Refuge. 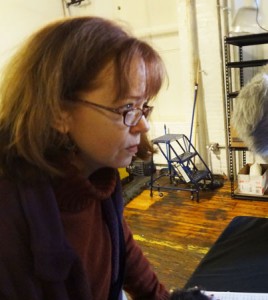 Kym Dakin has credits that span from television and animation, to Broadway and national tours. She was a frequent guest artist at Actor’s Theatre of Louisville and spent several seasons regionally at Syracuse Stage and Denver Center Theatre Company. Locally, she was a member of Madhorse Theatre Co. for over a decade and appeared in several productions at Portland Stage Co. She was hired as adjunct theatre faculty at Bowdoin College and at USMCCE. She had a retainer voice contract with GMC Truck for over 10 years, has recorded hundreds of voiceovers as well as two dozen audiobooks, many for BBC Audiobooks America and Brilliance Audio, and she won the Audie Award for her recording of Runaway by Alice Munro. 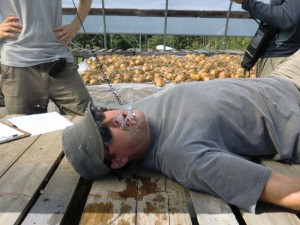 While acting in New York, Paul studied with the highly respected Jodie McClintock (Shakespeare), Terry Schreiber (scene study and stage relationships) and Patsy Rodenberg (vocal coach to the Royal Shakespeare Company). While in LA, Paul had the good fortune of studying voice over with Louise Chamis. Paul has worked extensively in film, television, on stage and in the recording booth. Directors include Stanley Tucci, Jim Wilson, Mel Gibson, Joe Pitka, and Bill Dufries. Paul has shared the set and stage with Cameron Diaz and Mark Jacoby, narrated for The Portland Symphony, and has been a personal bartender to Dan Rather. 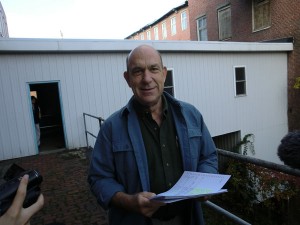 Think of your favorite TV shows and movies – well, there he is: Richard McGonagle! You know them all! On the tube he’s everywhere: the recurring Judge Patrick Wilcox on The Practice, The West Wing, Six Feet Under, Ally McBeal, The Agency, recurring on Third Rock From the Sun, Seinfeld, Roswell, The X-Files, Star Trek – Next Generation, and Voyager, or check out films like, Rules of Engagement, Mighty Joe Young, Senseless, The American President and much more! Think you recognize a certain deep, warm voice? Yes, that’s Richard, whose special talents make him a highly popular voice-over actor. You hear him everywhere from documentary narrations, to animation, to national commercials, to audio books. This busy actor also happens to be a highly talented writer and is currently developing a TV project with a razor-sharp edge! But for Richard, it’s always acting on top of the list and the industry and fans agree! 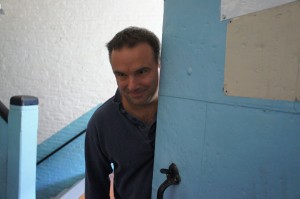 Brent is a member of Mad Horse Theatre and the Stone Pinhead Ensemble. He played the role of “Simon” on Gitgo’s web series, “Willard Beach.” He was part of HBO’s New Writers Project and has sold screenplays to several companies, including Paramount Pictures, Marvel Films, and Artisan Entertainment. Brent sounds downright evil as our lead villain, Saul. 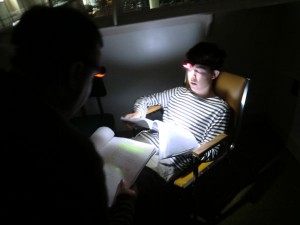 Dylan Chestnutt made his stage debut in the fall of 2008 in Good Theater’s production of “On Golden Pond.” He followed that with “A Christmas Carol” at Portland Stage and two Mad Horse shows. He plays Saul’s unwilling protege, Zeke. 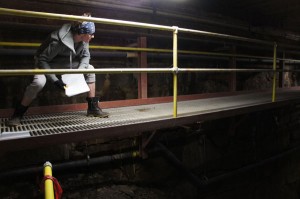 Erik has worked in films and various theatrical mediums in London, Los Angeles, and Portland, ME. He is currently involved in a handful of commercial, narrative, and musical audio projects in the Portland area. Erik plays Deputy Dan in The Entertainment Experiment’s current running web-series Ragged Isle. He is also an active member of MINT Films, which recently was awarded Best Film in Portland, ME for the international 48 Hour Film Project for their film, A Bounty for Susannah, which screened at the Miami International Film Festival in March 2011. He stars as the character Steve in Allen Baldwin’s film, Up Up Down Down, which is currently in festival circulation. You can view some of Erik’s work at erikmoody.blogspot.com. Free music by his band, Robber & Thief, is available through facebook.com/robberandthief. 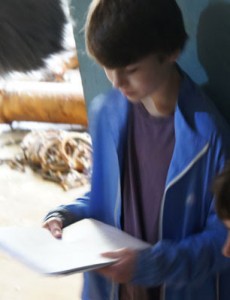 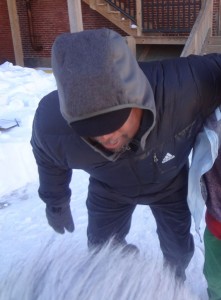 Reggie Hodges plays the ‘slag’ worker who tumbles into a strange journey in The Cleansed. 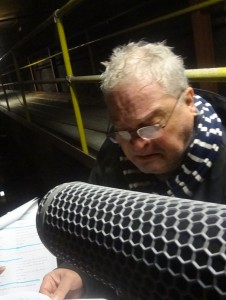 Has appeared in PSC’s Bach at Leipzig, The Drawer Boy, Arcadia, The Foreigner, Rough Crossing, A Christmas Carol and many ttle Festivals & From Aways. Gigs include TV, film, voice/print work, regional theatre, opera, and Broadway experience. Created Longfellow: A Life in Words for PSC’s Studio Series. 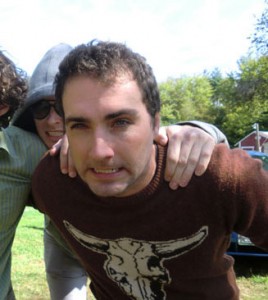 Andrew Sawyer is an actor/producer/director/writer/jackofalltrades hailing from the good old state of Maine. As a good old boy of Portland he’s learned just how tough the Maine winters can be, as well as how tough landing a good gig can. Past roles include Mrs. Peachum in Lorem Ibsum’s production of “The 3-Penny Opera,” Joseph Carrol in the Laughing Man Films production of “Transmitter” : Winner of the Portland, ME 2011 48 Hour Film competition, as well as multiple roles in multiple productions by Mint Films. 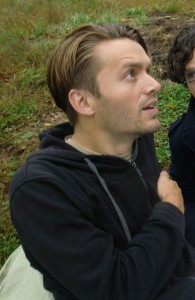 Ian is a film and stage actor from Portland, ME. Previous film work includes: The Transition of Minor Skies, Strange Night, A Bounty for Susannah, I Built a Time Machine to Kill Hitler, Swamp Goblin, Double Oh! and of course, Death Rides Last. Theater credits: “Equus,” “Ubu Roi,” “Six Degrees of Separation,” “Twelfth Night,” “The History Boys,” “Philadelphia, Here I Come!” and “Titus Andronicus.” Ian performs various musical support duties in Robber & Thief, a band he shares with fellow cast member Erik Moody. And for everyone from the Southern Maine, he is indeed that guy in the Portland Jetport commercial. 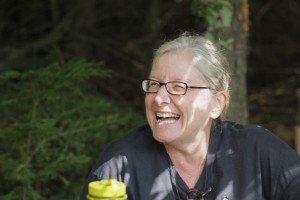 Susan plays the matriarch of the Dwellers, Caitlin. Â She is a healer, defender, mother.

Susan was taken from us in a tragic car crash December 2014. Â Her warm and energizing presence will be greatly missed. Â Her contribution to The Cleansed shall live on.

Dave Marshall is a professional actor with many national and regional film, television, radio drama and commercial credits. Recent radio drama credits include THE CLEANSED for Final Rune, INTENSIVE CARE for Aural Stage Studios and THE DUNWICH HORROR for 19 Nocturne Boulevard 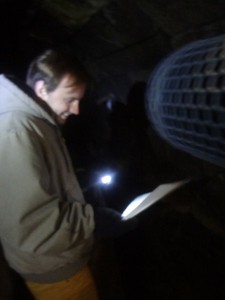 Michael is a Maine native and a founding member of Kill Mike Theater, NYC and Lorem Ipsum, Portland, ME. Recently Michael has worked in front of the camera with both Last House and MINT Films as a part of the Damnationland horror film festival, as well as the forthcoming feature, How To Make Movies At Home, with Hillport Maine Productions. Michael is excited about Maine-based film making, and ready to get back to the island.

Janice recently appeared in Good Theater’s Light Up the Sky and as Sarah Orne Jewett in Carolyn Gage’s Deep Haven. As a company member of AIRE, her favorite roles include Nellie Nora in Eclipsed, Margaret in The Grand O’Neal, and Chrissy in Dancing at Lughnasa. She also appeared as Gila in Mad Horse Theater Companyâ‚¬Ëœs Dark Night production of One for the Road and will be in their upcoming production of Dead Man’s Cell Phone. 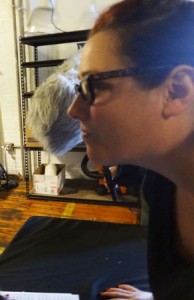 Rachel has been teaching for many years, first in New York City and now Maine. Her students can be seen on film, Broadway and stage throughout the country. She has studied at George Washington University, Brooklyn College, and The Michael Howard Studio with Larry Singer. 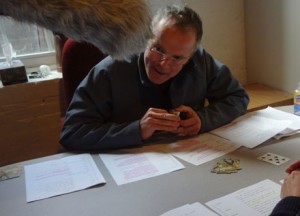 Jaimie plays “Michael” the thug ring leader of the Family playing in Borderton. 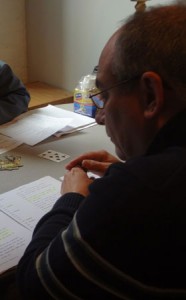 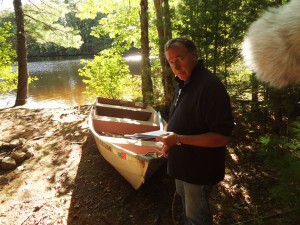 Tim Sample is widely acknowledged to be New England’s premier native humorist. Novelist Stephen King has likened Sample’s work to that of Mark Twain, and Charles Kuralt called him “Maine’s humorist laureate.” Tim’s books, albums, and videos (including four albums and a video for the Bert and I company) have sold well over a million copies. For eleven years he was a correspondent for CBS News and a regular essayist on the Emmy award winning television show CBS News Sunday Morning, hosted by veteran newsman Charles Osgood. We had the pleasure of working with Tim in Season 2 to play the role of curmudgeonly lighthouse keeper “Cutler.”