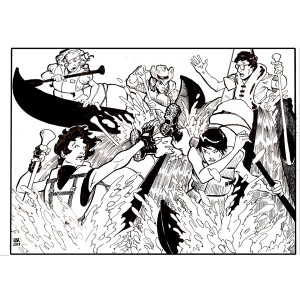 A war of words erupts between Saul and Paul – one on blaring television screens, and another through wind-up radios. As the sides clash for control over the minds of the people of Corinth, each hatches an idea to thwart the other once and for all.

Meanwhile, John’s party prepares for a dangerous descent of a raging river. Interpersonal conflict is squelched under the roar of nature. Six people descend in canoes, and only four stay in.